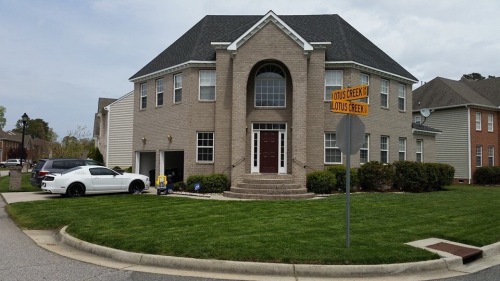 Did you hear about the people that live on the corner? Well they say that the lady that lives there is pretty mean. Her kids come out the house looking like bums but they are well mannered and polite. It’s just such a shame.

When kids come over…she tells them the rules for her house. She told one girl that if she couldn’t sit on the arm on her couch. She made the girl sit on the couch properly. She’s just so mean and the kids don’t even want to come over for a sleepover.

The mean lady said you can’t run in her house either. She doesn’t have much furniture but that doesn’t matter because her house isn’t the playground.

“Did you know that she only buys clothes for her real kids? She makes her step daughter wear hand me downs and only buys her clothes every now and then. She doesn’t even have toys.” How sad is that?

The neighborhood kids are afraid to ring the doorbell. The man of the house yelled at them for ringing it. Well did you know that they just bought three new cars but they couldn’t afford to get new clothes for their kids.

Now for the funny part. As I stand there waiting for the school bus to arrive, my kid gets off and we walk directly to that house on the corner but before we depart I say, “Damn that woman must be a real bitch. It sounds like she has the right idea though.”

As I walk in my front door I think to myself, people are such busy bodies and I love one sided stories.

Maybe I should have told her that I’ve got teenage girls and they wear what they want to wear or that good order and discipline is not an option in my house.

My favorite one is that we are a blended family. I’m the stepmom and there are times when I’m not very popular. I could have said that my husband was working the night shift and that my kids already told their friends not to ring the bell during the day.

I could defend stuff all day but that wouldn’t be right. I quickly dispel that thought because these women don’t work. They talk about everybody and everything if it’s juicy enough.

Plus, I’m not one to gossip. wink…wink