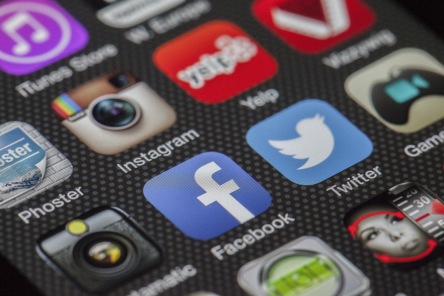 It is very rare for me to unfriend someone on Facebook or any other social media platform because I truly believe in free speech. I put my uniform on everyday with hopes of enforcing the rights of others and upholding the Constitution to the fullest.

The very nature of being in the military means to me that my Commander in Chief (past or present) is off limits for discussion. No matter what I think or how I feel about his policies it is never publicly discussed.

Yet, I had to delete two friends recently. One because half of his posts were down right racist and inappropriate and all of his election posts took me to a dark place.

My daughter and I have had heated exchanges over the rights of others and their opinions. What really bugs me, even now as I right this is that I don’t care if you don’t like a certain group of people. As long as its verbal and not physical because as I said before, I believe in Freedom of Speech. However, his posts were over the top and even though I am black, I don’t or won’t condone someone posting pictures of lynching black people,  jokes about immigrants, crude jokes or mean statements about certain religious groups, or insane posts about women. I will openly admit that am not a fan of Mrs. Clinton but I do not think that a woman’s place is at home, bare foot and pregnant. This is only a brief summary of some of his posts.  My skin is usually pretty thick but I can only take so much.

Now the other guy is a active Athiest and like I’ve said before. Don’t care because it’s his right. Most of the time, I can tolerate his, “Why would God let this happen if He was real?” Sometimes it’s pretty interesting to see the debate of the people that comment on his posts.

Lately, his posts have been more hateful and graphic than usual. His post over the weekend of two conjoined twins being born was a little too graphic for me and there being no God really got under my skin.

Looking back, I probably should have deleted him a long time ago but we have over the years had some pretty good discussions and even some pretty good arguments and too be honest, I don’t know why the video got to me like it did. Maybe it’s the not being able to see two sides to every opinion that got to me the most. We don’t have to agree but not being able to meet in the middle is a problem. My thoughts or someone else’s thoughts should be valued especially if you push your opinions down someone’s throat.

After a couple of days of thought I have come to realize that even for him there is a line that was crossed. I mean it’s one thing to want your voice heard and even give good reason for why you believe what you believe. What I didn’t realize before is that even though I may feel it’s important to voice your opinion that doesn’t mean that I have to be the recipient of YOUR opinion.

What I’ve also realized is that the first two were just the beginning of more to come and it’s time for me to clean house. Social media has become the dumping ground for everything that’s wrong with what’s wrong! Yes, you read that correctly.  I hear a lot of folks, myself included, say that Facebook is a great way to keep in touch with friends and family. I think that I may go back to the old fashioned way of doing things.