Now factor in a lead footed bandit, a half ton truck, and a huge ass trailer, two dogs, a bitchin wife, and a partridge and a pear tree.  I couldn’t even sit in the front seat.  My nerves were freaking frazzled.  I had my nails embedded in the seat in front of me, the truck felt like a tug boat with the way it was rocking and heaving.  Hubby got the very first wind shear and finally decided to listen to his wife and slow the hell down.  Don’t get me wrong, the speed limit was 55 and we were doing the speed limit but with that much weight and so many moving parts, 55 was not a good idea. 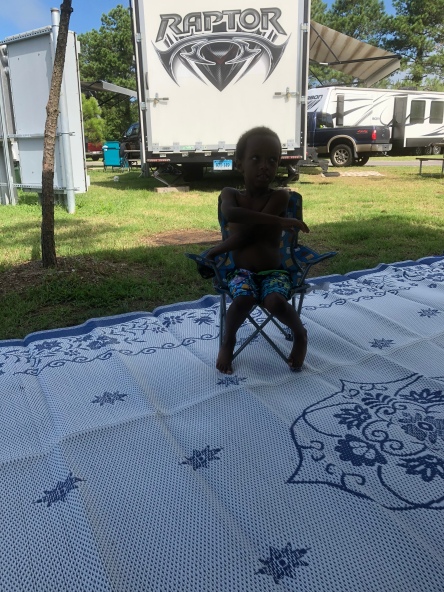 Now remember, this is our very first trip.  We had never actually had to park the RV anywhere before and this was our first spot.  Our first camp site, that just so happened to be a what?  Yeah, you guessed it…a back in site.  The KOA attendant was patient but he was also cracking jokes at us a bit.  Which, wasn’t really my idea of a fun time at that moment.  I noticed that when your pulling into a campground site, everyone stops and watches as you park.  After three failed attempts to get parked, a concerned citizen came over from his site and offered us the best advice for parking (we still use it today).  Once we got parked, we were off to the races.  We had full hook ups and we used our own appliances from home so I didn’t realize we didn’t turn the gas on.  We couldn’t figure out why the shower water was ice cold.

And to add insult to injury, I kept blowing fuses because I didn’t know that we don’t have the same voltage like we do at home.  All the girls had their cell phones plugged in and I was using electricty too so needless to say, I learned by trial and error what I can use and what I can’t use while I have stuff plugged in.  By the time Roderick had came back from working, I had already tried and failed a few times.

The KOA resort we stayed at was amazing.  For our first trip we were close enough to home but far enough away to not go home.  Our site was close to the pool and the beach area.  What I really loved was the dog beach.  My dogs and my grand doggy got a chance to let their hair down and enjoy themselves too.  The atmosphere was electric.  Music and a real sense of community.  I see why people love going to campgrounds now.  This tight night community of strangers is cool to see and expericence.  Of all the trips we have taken so far, Cape Charles KOA was my favorite.  The other campers really make the place fun and when my kids can drop their phones and have fun as well…well…there you have it.

A lot of times, people have the misconception of what an RV park is like.  Myself included!  I had this ill conceived notion that it would be noisy and the people would look and act a “certain way”  because this is the picture that is painted to the outside world and it’s truly not the case.  The people weren’t rowdy.  People followed the rules.  They rock out and party, are very inviting, cooked out, had campfires, sung a little karoake, and when quiet hours started, you could hear a pin drop.  I was so sad to leave but we had to get back to reality.

Here are the three take aways from our trip: 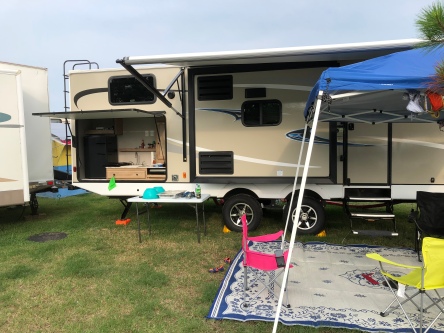 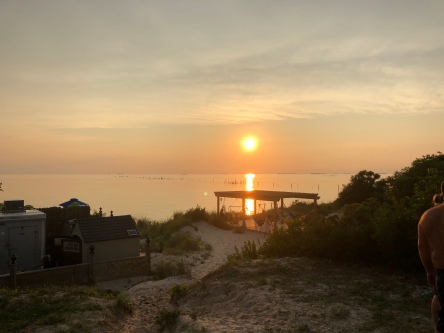 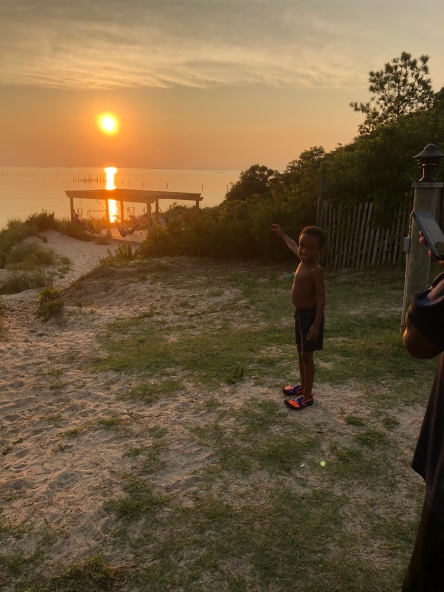